I do not remember how many predictions about the end of the world have been made in my lifetime, let alone in past centuries or millennia. None of these predictions came true. Remember Y2K? That is but one example of many. December 21, 2012 will be the same. 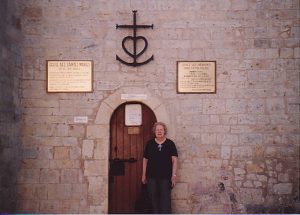 The Earth is a vastly ancient and conscious living being that does not respond to the manmade Gregorian calendar. December 21, 2012 is just another date on that calendar. There is no reason to be afraid. In fact, we should celebrate this date, not worry about it.

What is crucial to remember is that our thoughts create our reality. Group Mind, the concept of many people thinking about what they would like to manifest at the same time, is far more powerful than our own individual intentions.

During my conversations with Nostradamus, the world-renowned healer, seer and visionary, in many hypnotherapy sessions over the course of several years in the 1980’s, we analyzed an enormous amount of information together to decipher nearly 1000 of his quatrains or prophecies. Although he did cryptically refer to key dates in the modern era by forecasting astrological transits, he never wrote or spoke about December 21, 2012.

That said, Nostradamus emphasized the power of Group Mind to change the course of history. He said the energy of Group Mind becomes squared, meaning these combined thoughts are magnified exponentially. Imagine what would happen if millions of people around the world focused together on positive intentions on December 21, 2012.

The most important thing to know is people are going to feel different if they are paying attention. Take time to ask yourself and look around and you will see people are different from before. Things actually are feeling better and getting better than they were before.

I first began noticing this was happening in 2003, and it has been increasing in strength as we find ourselves rapidly approaching December 21 and the end of 2012. When you take the time to remove yourself from the static of the conspiracy theories and the negativity, through meditation and introspection, you will feel the energy is shifting in your life, in the lives of others, as well as all over the world. Leave all the old, useless stuff behind for the expansive, positive vision of life that awaits us.

We have to remember that everyone alive on Earth has free will. Those who continue to think negatively will continue to create negatively; it is the law of the Universe. In order to benefit from the transformational energy around December 21, 2012, we should focus on positive affirmations and aspirations, and make a real effort to let go of selfish thoughts and desires and forgive those who have wronged us so we can move on.

As this pivotal year comes to a close, the real meaning of December 21, 2012 could be: whatever we think, we create. Think wisely.